Outside of ultimate…
I work for a General Contractor as a Field Engineer, which basically means I walk around construction sites where I get to climb ladders, measure things, watch stuff get demolished, help build bridges, work with concrete, and play in the dirt!

What’s the weirdest thing you have ever eaten?
My friend once dared me to eat a worm when I was like 5. I remember it being slimy, but not much else.

What secret talents do you have?
I can burp the alphabet (and short phrases) 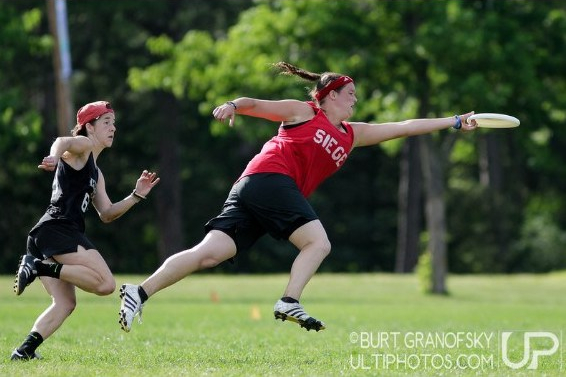